An Overview of Windows 8 Tablets 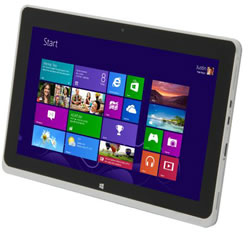 Windows 8 is a completely redesigned version of Microsoft’s popular operating system. The first thing that anyone upgrading to Windows 8 will notice is the new user interface and its vastly improved support for touchscreen input, full-screen interactive apps and mobility in general. While this has made the release of Windows 8 somewhat controversial among traditional desktop and laptop users, the new operating system is particularly well-suited to tablet devices and other touchscreen computers. Although the Google Android and Apple iOS operating systems continue to hold the majority of the market share, Windows 8 is rapidly catching up as a viable and popular alternative.

Most tablet computers running Windows 8 run the Windows RT version of the operating system. This operating system is only available preinstalled on mobile devices which use the ARM processor architecture. Although in many ways, Windows RT is the same as Windows 8, particularly with regards to its appearance, there are some important differences to consider.

The most significant difference between Windows RT and Windows 8 for desktop and laptop computers is that third-party desktop applications are not supported by the former. The only desktop applications which are available for Windows RT are those which are included natively with the operating system. This means that you will not be able to install any software designed for Windows 7 and earlier. Instead, you will only be able to install apps from the Windows Store. 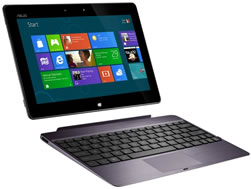 Some Windows tablets, particularly higher-end ones and those which also double up as laptop computers, come with the desktop version of Windows 8 preinstalled. This presents the advantage of being able to use your tablet rather like you use a desktop or laptop computer, since you can install the same software such as programs which were designed for older versions of Windows or the Desktop Mode of Windows 8. Be aware, however, that the 32-bit version of Windows 8 is usually the one found on Windows 8 tablets.

Windows 8 was largely a result of Microsoft’s determination to penetrate the mobile market and compete with other popular mobile operating systems such as Google Android or Apple iOS. Due to the fact that it is relatively new on the scene, however, there are relatively few apps available through the Windows Store when compared to the selection available through the Google Play Store or the Apple Store. However, the list of both free and paid apps is constantly increasing as Windows 8 rapidly catches up. If you want to enjoy complete compatibility with other devices running Windows 8, however, a Windows 8 tablet is a must. This way, you will also be able to synchronize your settings, files and other features between your devices.