Get Ready for Windows 8 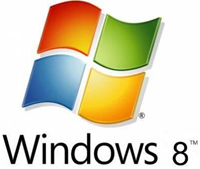 What Windows 8 brings to business users — the new operating system from Microsoft that’s expected to release later this year.

Each time Microsoft releases a new version of Windows, the question always arises “will it be compatible with my computer’s hardware and software?” Simply put, if it works on Windows 7 it will work on Windows 8. The foundation of Windows 8 is built on top of Windows 7, which alleviates most software and hardware compatibility issues.

An Excerpt from a Microsoft Partner Conference: “In both of our Windows 8 previews, we talked about continuing with the important trend that we started with Windows 7, keeping system requirements either flat or reducing them over time. Windows 8 will be able to run on a wide range of machines because it will have the same requirements or lower.”

Current tablets suffer from being able to run full-featured software. They’re nice to use and pretty to look at, but you’ll pull your hair out trying to manage email and edit spreadsheets. We bring up tablets, because Windows 8 is bridging the gap between desktops and tablets — here’s why. Both Windows 8 for desktops and tablets have support for touch, and will feature a new front-end called “Metro UI”.

Metro UI was designed to replace your current start menu, and will be the area you use to glance at information. It will run Metro Apps, which are a new addition to the Windows family. Think about the use cases where an app works much better than browsing to a site, while keeping in mind you have a full-fledged operating system that can run all of your Windows software.

It’s our guess that productivity will increase because you have the best of both worlds. The Metro UI on Windows 8 was designed for touch, but can be used with a mouse for those who don’t have a touch-enabled screen. And if used wisely, Windows 8 can be a great tool for both consumers and business professionals. It could also be a way to quickly take your “desktop” with you.

Expect to see docking stations that provide hook ups for a keyboard, mouse, monitor, etc. Simply remove the tablet, and you can still use most of its features.

Microsoft is expected to release a final version sometime this year but for those that want to try it now– you have an option. The Windows 8 Developer Preview gives you access to an unfinished version of the OS, however, this should not be a replacement for your day-to-day computer (especially your work machine). We recommend this for IT professionals who would use this