These days it’s rare to find someone who doesn’t rely on a smartphone and the plethora of mobile apps to stay productive while out of the office.  We offer both Android and Iphone application development.  Let Net Works analyze your business model and help you in integrating mobile app technology into your business.

Have the next great app idea?  We have years of experience in programming for the Iphone, Ipad, Android Smartphones and Tablets.

We are creating amazing apps for our clients every day, through flawless engineering coupled with our ability to create rich user experiences. We look forward to create an equally amazing app for you! 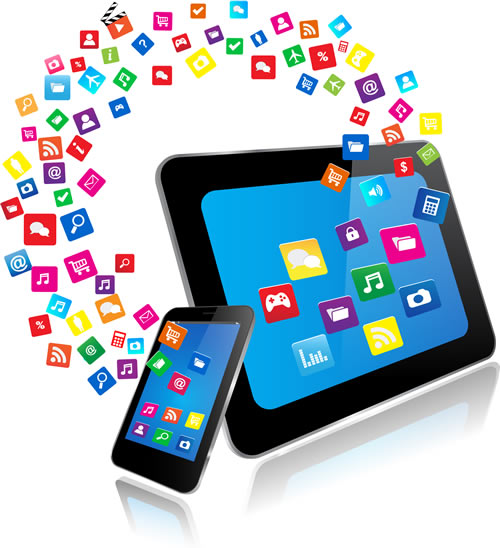 Since Apple released iPhone, iOS has dominated the smartphone industry. Every member of its iOS family, including iPhone, iPod touch and iPad, has become a huge success and leading the industry. App store is the most profitable and mature mobile app distribution for both companies and individual developers. We can help you or your company reach this huge potential customer by helping you developing your iPhone, iPad applications. We build and release innovating iPhone and iPad applications every month.

Our experienced iOS application developers can help you with your existing iPhone apps no matter what iOS version they are built for. We can support and upgrade your app from iOS 3, iOS 4, iOS 5 and iOS 6. Or you just have an idea which you think it will be successful in the app store. We can make all your iPhone app ideas a reality. We have extensive experience on Social Networking integration, data delivery optimization, and hardware utilization including built-cameras, phone, audio libraries, multi-touch, paid and in-app purchase store kit, messaging and mobile advertisement.

Android has become the world’s most widely used smartphone platform and smartphones using Android OS has taken smartphone market 75% during the third quarter of 2012. No company will want to miss this huge potential customer base. Android powered devices are from many smart device manufactures like Samsung, HTC, LG and more. With all kind of prices, shapes, sizes and performances, there’s an Android device for everyone. However this big advantage also brings the biggest challenge for Android app developers.

We have been working on Android application development since its first releases. And worked on projects that require all kinds of Android devices with different hardware specification. Our apps have been built with consideration of hardware diversity and scalability. We’ll not simply clone your existing iPhone app, we will port the business logic together with Android user friendly UI design and utilizing this wonderful Android OS platform’s max ability.